PSBT’s annual film festival and forum, the Open Frame, provided a space and context for serious engagement with documentary films from India and across the world, representing diverse voices and experiences, providing valuable insights into the contemporary times and a platform for training in filmmaking, film appreciation, understanding and exploring the medium and expanding its boundaries. It is attended in large numbers by film enthusiasts, filmmakers and students of film and media.

To move beyond the passive viewing of films to an active involvement of the audience with the films, was the hallmark of the Open Frame. The emphasis of the Festival was on discussions, dialogue, conversations and debates triggered by the films. In addition, we held a variety of professional and student workshops on multiple elements of filmmaking.

Open Frame, over the years, explored a very wide range of subjects and themes: human rights, livelihood, environment, feminism and development to conflict, diversity and politics.

Films at the festival included PSBT’s own productions, selected at film festivals the world over, and international productions celebrated across Sundance, Full Frame, Tribeca, HotDocs, Berlin, Seattle, Human Rights Watch and Thessaloniki, among others. 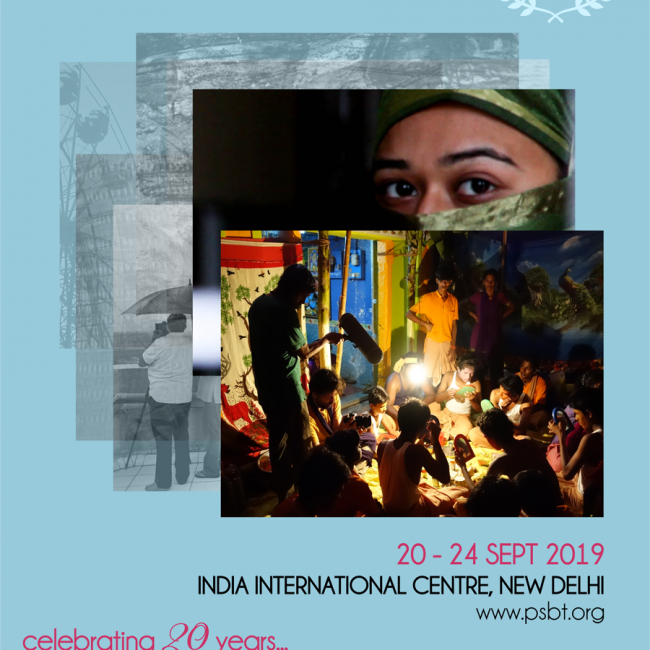 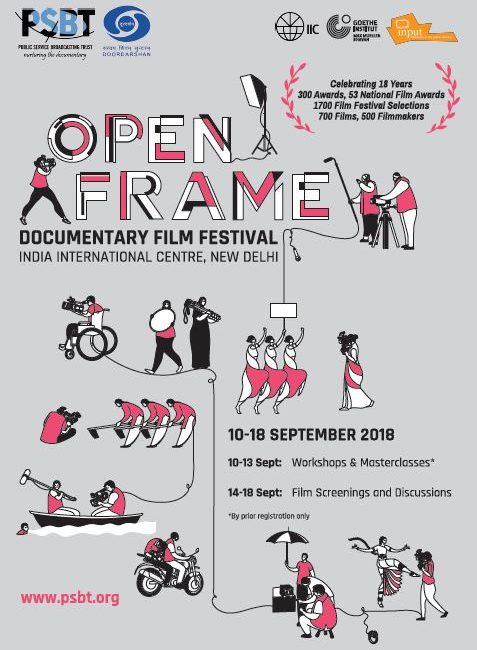 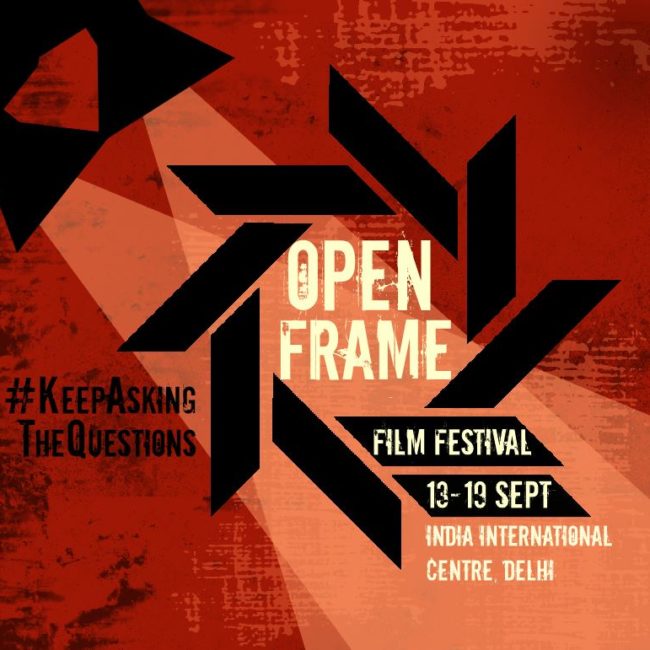 Narratives of and by Women 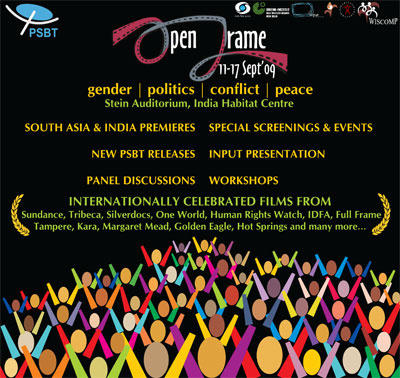 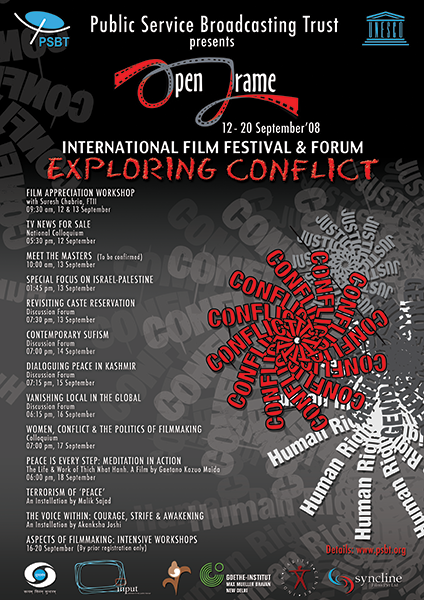 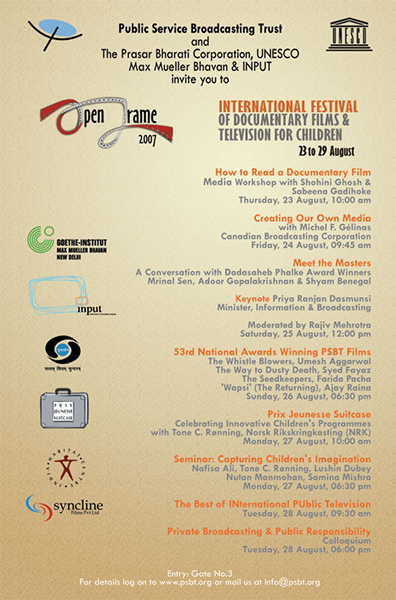 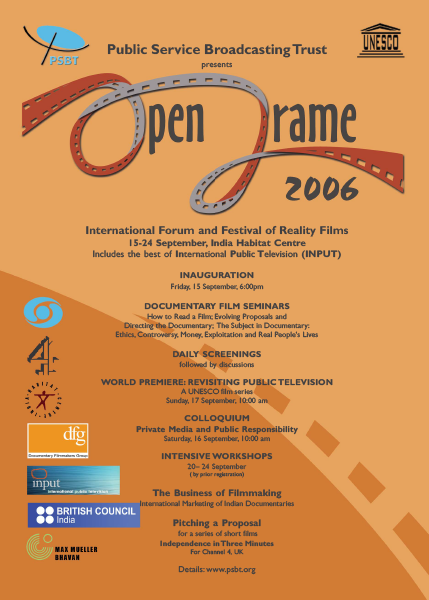 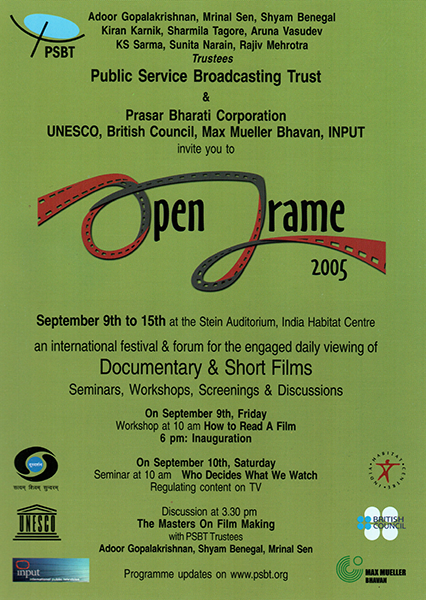 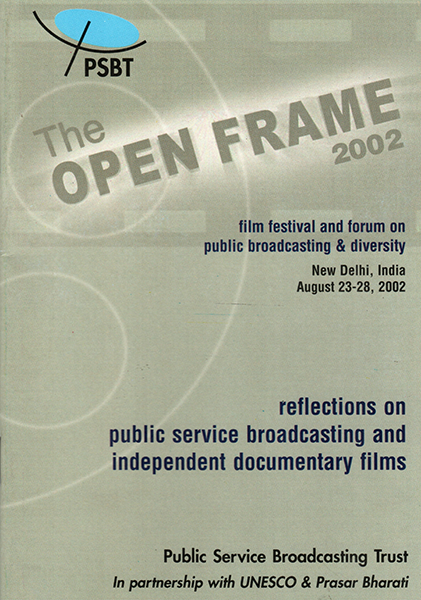 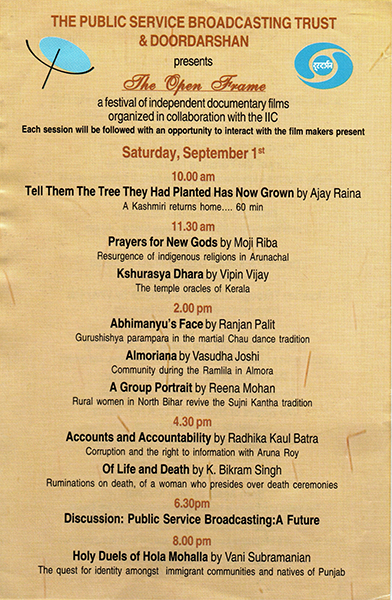 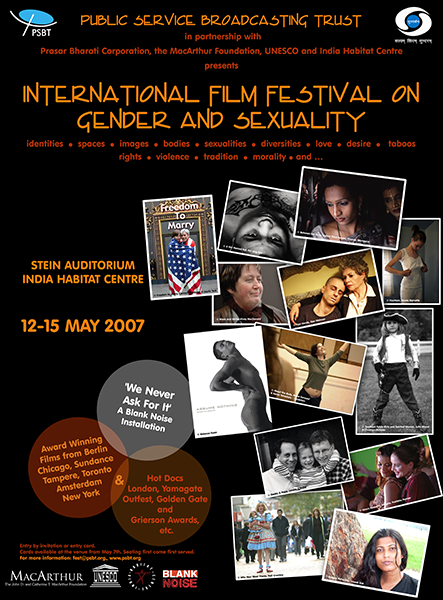 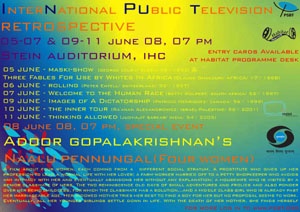 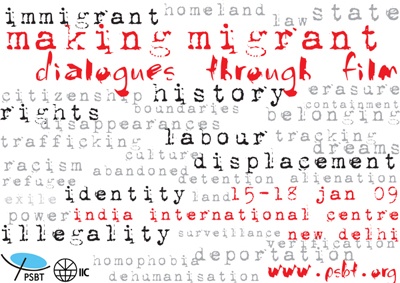